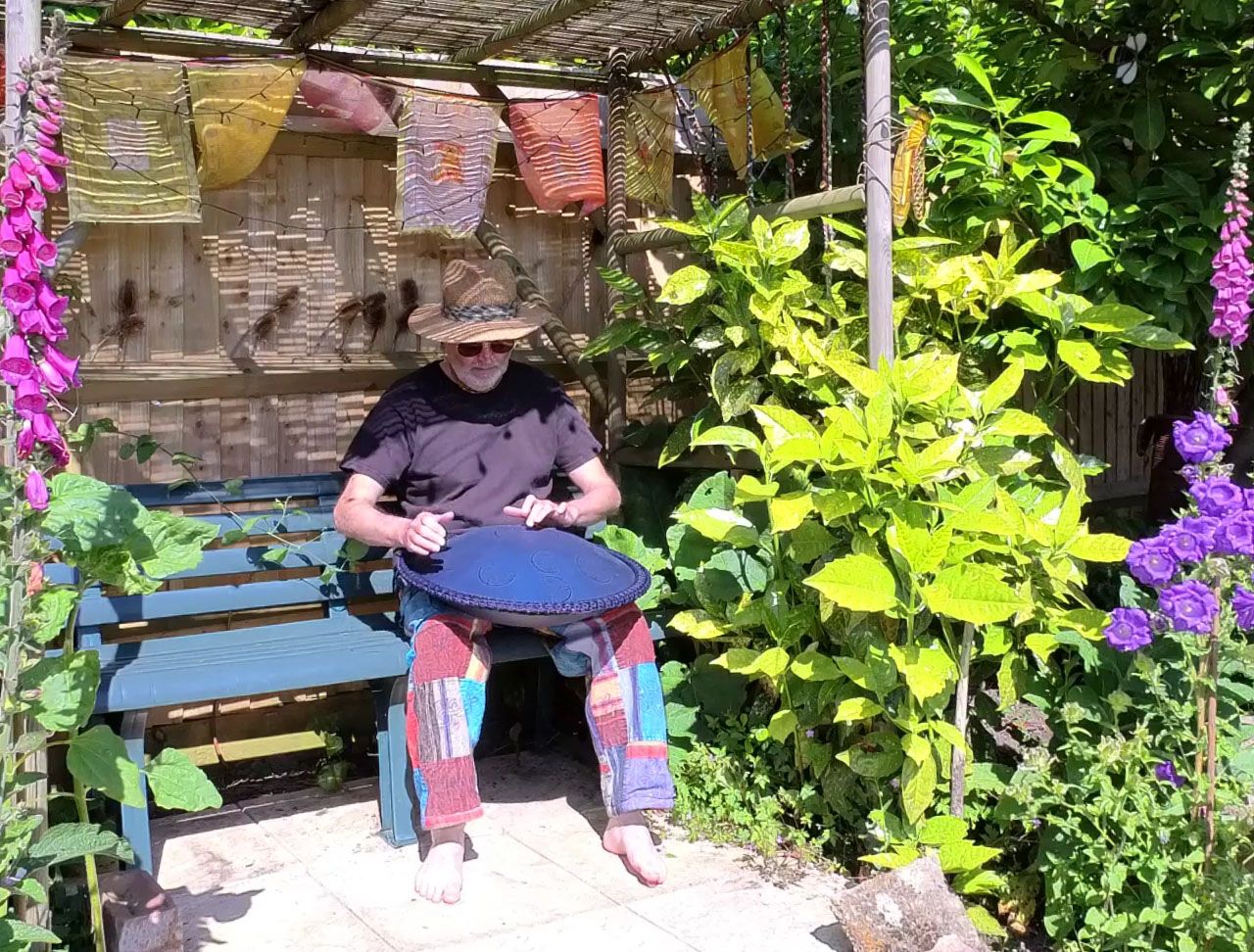 Introducing . . . my Rav Vast drum. This lovely instrument could perhaps be regarded as a younger cousin of the Hang Drum. I stumbled across it late last year while searching YouTube for tutorials to help me with my first efforts at playing a Hang Drum which I bought in Glastonbury last September. Although the size and shape is similar, the sound is quite different, being far more sustained with purer note pitching and fewer chaotic harmonics. The different sound is the result of the design of the note keys themselves, which are cut into the casing (like tongues) in the Rav Vast drum as opposed to being hammered into raised panels in the casing of the Hang Drum. The drum pictured here is quaintly described in the catalogues as an 11 note double-ding model in a B minor Celtic scale. Of course, a single ding version is available and, in case you are wondering what a double ding is (as was my original thought) the “ding” is the bass note and main percussive element. So, dings and double dings aside, this drum is likely to play a cameo role in a future Wychazel album – perhaps in a third Beltane Moon album which I hope to produce for spring 2023. In the meantime, I'm going back outside to make the most of this lovely UK summer weather, and try not to alienate too many neighbors with my efforts to become a socially acceptable Rav Vast player.